Tracking – What is it all about

Our Club, the Surrey Dog Obedience Training Club, offers Tracking classes in the Lower Mainland as well as· putting on Tracking Trials in the Fall of the year under the Canadian Kennel Club Rules. We limit the number of individuals enrolled in the Tracking Classes so that more attention may be given to each person and their dog in the learning process.

TD there is one article at the end of the track (leather), a minimum of three (3) turns, no less than 400 metres in length and be aged not less than thirty (30) minutes.

The dog must follow the track as laid out by a stranger and at the end indicate that there is an item dropped at that point. An indication maybe explained as a dog sitting, downing, fetching or wagging its tail while standing over the object.

TDX is the next level and consists of three (3) articles (leather), a minimum of five (5) turns, no less than 900 metres and be aged not less than three (3) hours old. There is a cross track in the layout to further test the dog. The cross track is laid by another person other than the individual who laid the original track. Two (2) articles are dropped along the track in the field while the third object is placed on the other side of a traveled road. The dog must indicate two (2) articles of the three (3) to pass the test, but one must be on the track and the one at the end or last article found by the dog.

What started out as basically people with Dobermans, German Shepherds, Golden Retrievers, dogs of the larger working breeds, in this area has now interested individuals with other types of breeds to take up this unique sport.

Certain attributes are a must and can be developed if not already in place. A true desire, patience, a sound understanding of your animal, a knowledge of what tracking entails and a faith and trust in your dog. I cannot emphasize enough to trust your dog.

I have worked with the breeds of dogs mentioned earlier as well as Beagles, Newfoundlands., Bassets, Bouviers des Flandres, Rhodesian Ridgebacks, Airedales, Collies, Labradors, Cocker Spaniels, Rottweilers, Miniature Schnauzer, Chesapeake Retrievers, a Miniature Dachshund and Bloodhounds as well as other breeds and they all work in some different manner as I have experienced in instructing the handlers in the aspects of tracking.

The interest is great and there develops a strong sense of comradery by the exhibitors as entries from the United States and Canada to our Tracking Trial attests.

In summing up, it’s a nice way to get out in the outdoors to get your exercise, enjoy your dog and strive towards a degree in tracking. You will in all fairness~ encounter some degree of frustration at times, unless you are very fortunate and you will wonder to yourself why am I doing this to myself. But the day you and your dog earn that coveted degree it will seem that it was after all not as unsurmountable as it felt on those days.

But more importantly is the greater bond that was developed between your
close friend, “Your Dog and You” .

Beginning a Dog in Tracking 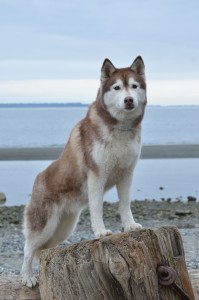 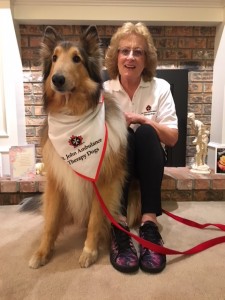 How to Train Labrador Retrievers